BERGÉ collaborates with Amenábar in the six-part series “La Fortuna” 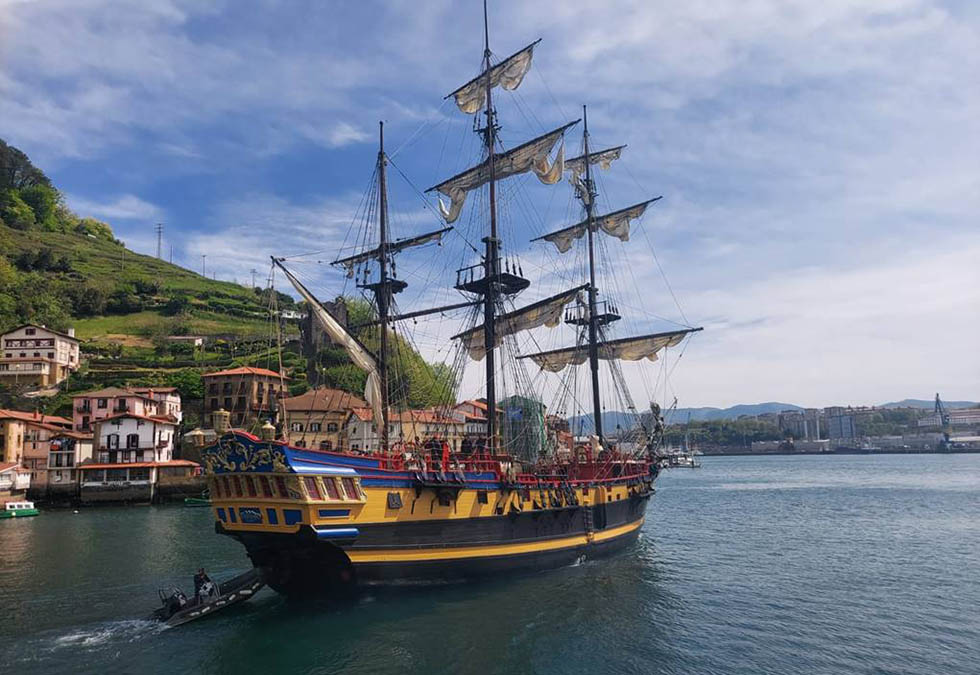 Pasaia port in Guipúzcoa is the setting for this collaboration

A treasure, a 19th century Spanish frigate, a battle with English ships and the Strait of Gibraltar as a backdrop. These are the main elements in the six-part series by Alejandro Amenábar “La Fortuna”, which premieres on 30th September on Movistar and which BERGÉ was involved in filming through its affiliate Cámara.

Specifically, it provided a variety of services to the production team in Pasaia port, as well as availability at the docks to build the different sets and dock the galleons. This was one of the locations chosen for filming and where two replicas of period ships were transported, making Guipúzcoa one of the main settings for “La Fortuna”, which has even led to the six-part series being included the Official Selection for the San Sebastian Festival, which is being held this week.

It is a plot full of adventures, conflicts and revelations, in which a small group of idealists face the ambition of the last modern pirate and the surprising intricacies of politics, power and international relations. This is Alejandro Amenábar’s first foray into TV fiction and the sea has brought him and Bergé together for the filming. Watch the trailer https://youtu.be/-EHjd0nZauo