Transinsular, represented by BERGÉ, strengthens its “África Expresso” service to transport containers between Spain and Africa 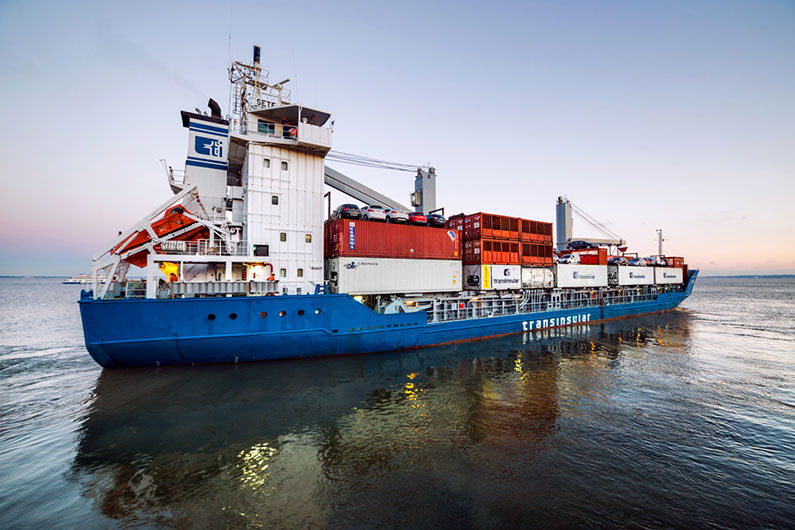 Madrid, December 2017.- The Portuguese shipping company Transinsular, represented by Bergé in Spain, through the shipping company Agencia Marítima Condeminas, has recently strengthened its “África Expresso” service for transporting containers and goods between Spain and Africa. With this service, it positions itself as the most competitive company in order to reach the continent of Africa.

In this regard, Transinsular is investing in new units of “reefer” containers for refrigerated goods with weekly departures from Barcelona and Valencia via Las Palmas. These new containers are the basis of exporting perishable goods such as fruit, vegetables and meat to Africa, and also for importing fish from the continent to Europe, also guaranteeing the connection to Northern Europe, the Baltic countries, the Mediterranean and China. The container fleet now has 150 new units. The company offers a monthly total of 660 TEUs, which allow it to meet its clients’ containerised cargo needs (dry and reefer) as fast as possible and with a high level of efficiency, reliability and versatility.

At present, using 3 of its own ships (Lagoa, Ponta do Sol and Sete Cidades), the company boasts the best transit times with Mauritania (Nouakchott and Nouadhibou), Cape Verde (Mindelo, Praia, Sal and Boavista), Guinea Bissau, Azores and Madeira. Moreover, it also offers a regular, unique, direct service every 10 days (without transhipment) from Lisbon and Leixoes, as the main ports for ocean-going ships.

Transinsular is the largest Portuguese commercial shipowner that offers regular connections with the Azores and Madeira, among others, and international sea transport services from Portugal to Africa, Northern Europe, the Baltic countries, the Mediterranean and Asia, among others.