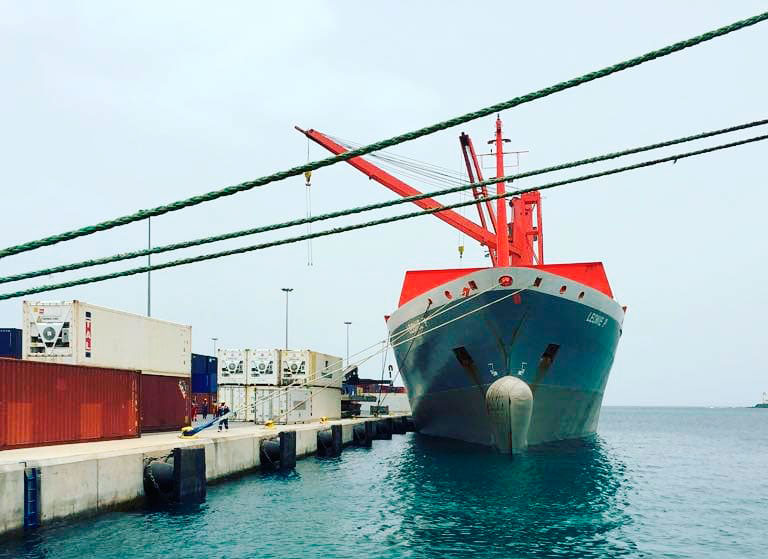 Transinsular, the Portuguese shipping company represented in Spain by BERGÉ, through Agencia Marítima Condeminas, has launched a new stop in the port of Algeciras as of 23 August. The aim is to be able to serve the goods market from Andalusia and the South of the Peninsula.

With this new stop, it reinforces its weekly Lince Class service for the transport of containers and goods between Spain and the West Coast of Africa. This new route from Barcelona and Valencia, via Algeciras (terminal TTI), will enable faster connections with Cape Verde, Madeira, Azores and Guinea-Bissau. Moreover, it also offers a regular unique direct service every 10 days (without transshipment) from Lisbon and Leixoes, as the main ports for ocean-going ships.

This service is already a leader in the shipping of containers (20′ DV, 40′ DV and HC and Reefers for refrigerated goods) from the Mediterranean to Cape Verde and parts of West Africa. Transinsular has two of their own ships and a wide pool of new containers especially designed for the export of perishable foods such as fruit, vegetables and meat to Africa as well as the importation of fish from this continent to Europe.

BERGÉ, through its Condeminas Maritime Agency, is already accepting bookings which may be requested by writing to the email address comercial.bcn@bergelogistics.com

Transinsular is the largest Portuguese shipowner that offers regular connections with the Azores and Madeira, among others, and international sea transport services from Portugal to Africa, Northern Europe, the Baltic countries, the Mediterranean and Asia, among others.