Euroaméricas reinforces its shipping services between Bilbao and the Unites States 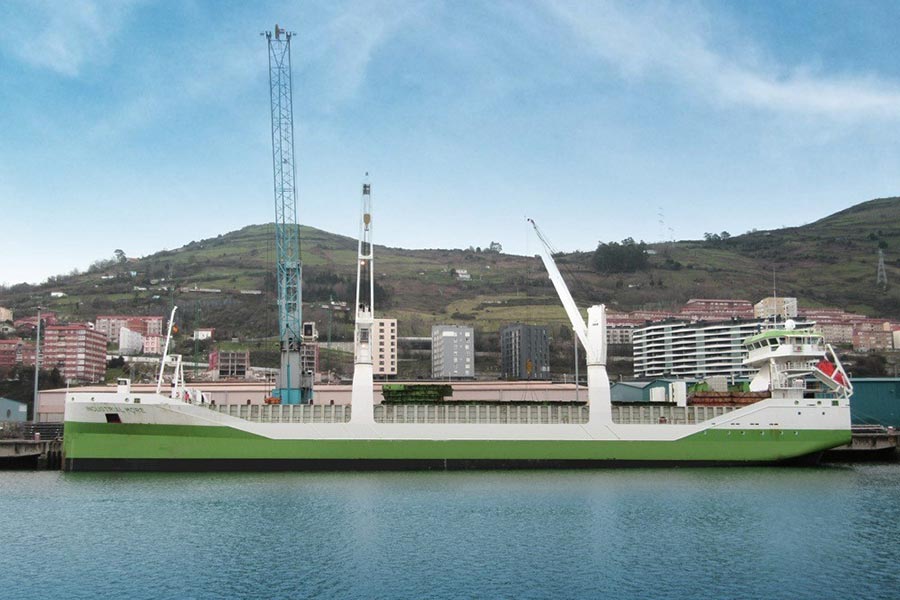 Euroaméricas, the joint venture between Onego Shipping and BERGÉ, has reinforced its shipping services between Bilbao and the United States by adding a new cargo ship, the Mv Onego Mississippi, to its regular shipping line.

Every month, Onego connects the Cantabrian coastline with the East coast of the United States, the Gulf of Mexico and the Caribbean through its general agent, Euroaméricas. It offers a regular service for all types of cargo, both conventional and project-based. The new ship, Mv Onego Mississippi, will be making its first journey this week from the port of Bilbao to the ports in Mobile and Houston, in the southern states of Alabama and Texas.

Euroaméricas uses a single window system to combine the experience of shipping companies, carriers and brokers of charters in order to offer a maritime transport service with international coverage. It has established itself as a benchmark alternative in this segment, especially for traffic between Europe and the Mediterranean with North America, the Caribbean and Latin America.

Similarly, Euroaméricas also represents the interests of Breadbox, a project-based cargo operator with extensive experience between Spain and Northern Europe and the west coast of Africa, offering a complete service consisting of both the maritime transport and logistics at the destination.