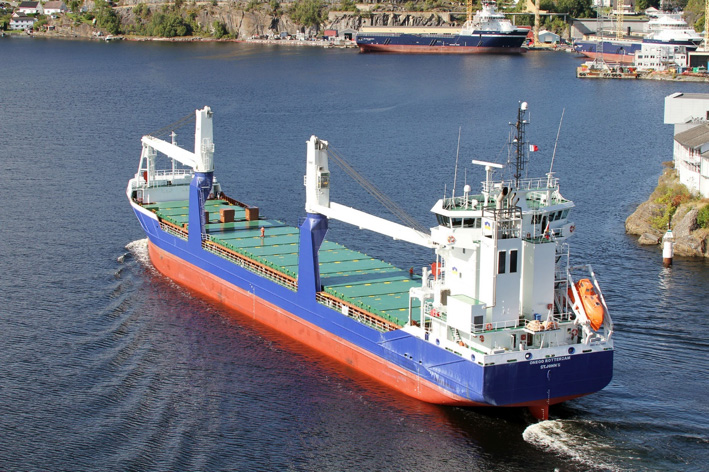 Bilbao, May 2017.- Euroaméricas, the joint venture between Onego Shipping (www.onego.nl) and Bergé, through its Bergé Shipping unit (www.bergeshipping.es), for the representation of shipping lines specialising in conventional cargo and project cargo, celebrates its first anniversary in the Spanish market. One of its main distinguishing attributes is its ability to quickly and effectively meet the demands for all types of tonnage and business sectors.

In this first financial year, the Bilbao-based company handled 58 vessels in Spanish ports and managed over 275,000 tonnes of cargo. Euroaméricas represents the interests of shipowners and operators on the Iberian Peninsula, among others the Dutch shipping company Onego which, based in Rhoon, south of Rotterdam, and with a branch in Houston, has an extensive fleet that specialises in all types of cargo.

The concept of the one-stop window combines the experience of shipping companies, carriers and brokers of charters to offer a maritime transport service for conventional and project cargo with international coverage, a segment where it has established itself as the alternative, especially for traffic between Europe and the Mediterranean with North America, the Caribbean and Latin America.

Euroaméricas is also the Pacific Basin agent (www.pacificbasin.com) in Spain. This shipowner offers regular services between Asia and Europe, where Spain, both the Mediterranean and the Cantabrian coast, is one of the main destinations.

Moreover, the joint venture between Bergé and Onego also represents the interests of Breadbox (www.breadbox-shipping.com), a project cargo operator with extensive experience between the Northern Europe and the west coast of Africa, offering a complete service consisting of both the maritime transport and logistics at the destination.