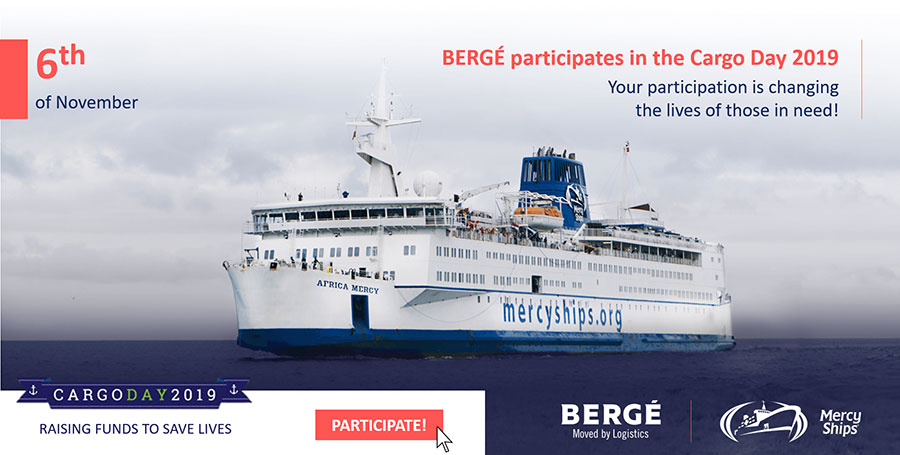 BERGÉ will take part on 6 November in the celebration of Mercy Ships Cargo Day, organised by the NGO Mercy Ships, The aim of this organisation is to provide health care access to the people of Africa from the largest civilian hospital ship in the world. BERGÉ, as leading logistics operator, will take part for the first time in this 2019 edition of the event. It is held every year as a charity event involving charterers, loaders, port agents and inspection companies from all around the world.

This year, BERGÉ, through its Shipping Business Unit, will contribute 50% of the general commission it generates that day (6 November), thus making a healthy contribution towards achieving the objective for the day, which is to raise one million euros which will go towards the health programme offered by Mercy Ships.

The NGO Mercy Ships has been providing medical services and material since 1978, helping more than two million people, an average of almost 600 for every port stop the hospital ship makes. The 2018 Cargo Day raised almost 800,000 euros between the 82 companies which took part. In Spain, this institution is represented by the Spanish branch of the NGO, Naves de Esperanza.