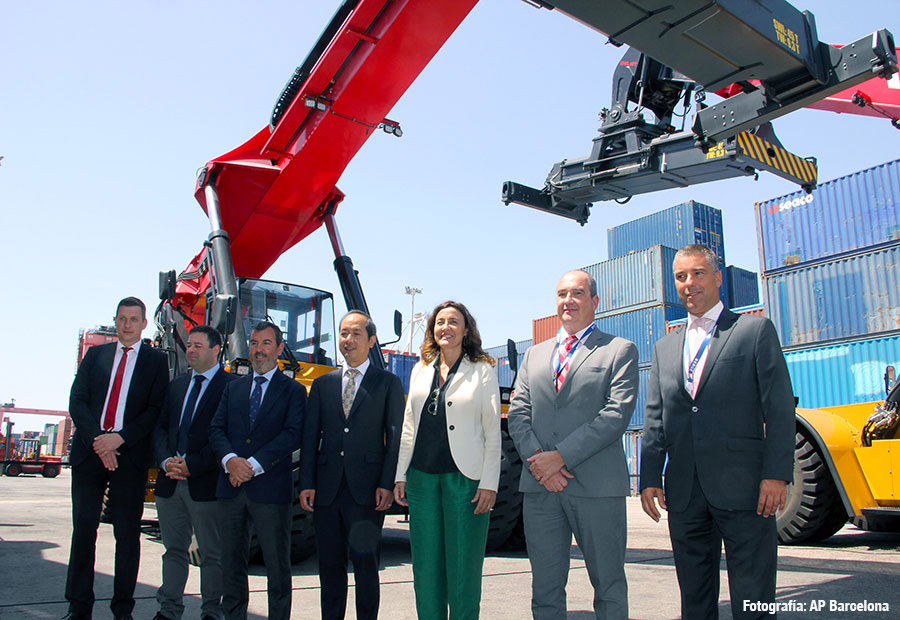 BERGÉ has incorporated three new ‘reach-stacker’ cranes from the SANY company in its pool of resources used for container operations in its specialised Port Nou terminal in Barcelona.

The delivery took place at BERGÉ’s own terminal in Port Nou, Barcelona, at an event attended by clients and professionals from the sector. During his speech, Thierry Rocaries, BERGÉ General Manager of Port Operations, explained that “the incorporation of these new reach stackers forms part of an update plan, optimising investment and improving productive resources which are at our clients’ disposal at the different ports and logistics centres where our company operates”.

In addition, the event was attended by Mercè Conesa, President of the Port Authority of Barcelona, who gave thanks to this BERGÉ initiative and highlighted “the importance of operators making investments which are suitable for enhancing the competitivity of the port”. To close the event, Richard Deng, General Manager of SANY, handed over a key to BERGÉ as a token of gratitude for the confidence placed in his company’s machines. It was received by Thierry Rocaries and Ignacio Goma as Manager of the BERGÉ Port Nou Terminal.