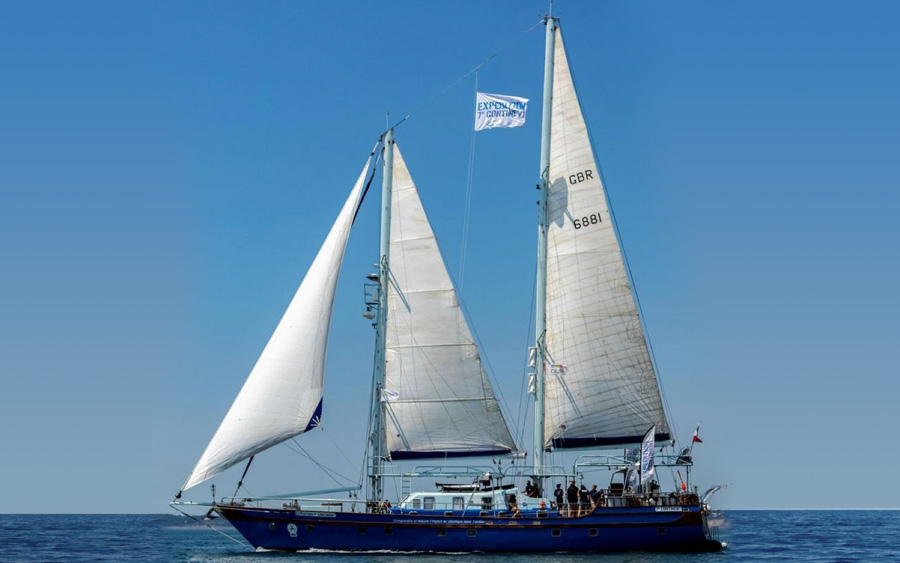 BERGÉ is collaborating with the NGO “7e continent” during its stopover in Malaga, as part of its “Mission Alborán” to fight against plastic pollution in the sea.

The organisation will arrive on its sailing boat to the city of Malaga tomorrow, 2 June, to embark on this scientific mission four days later. During its stay at the port of Malaga, the boat will be consigned by BERGÉ, through Agencia Marítima Condeminas, in coordination with BWA Yachting, which manages the various stopovers at Spanish ports for the NGO.

BERGÉ therefore extends its collaboration with the maritime third sector, as it already took part in solidarity initiatives in the past such as, for example, the Mercy Ships Cargo Day, organised by the NGO Mercy Ships to facilitate access to medical care in Africa from the largest civilian hospital ship in the world.

“Mission Alborán” aims to improve understanding concerning marine plastic pollution and develop general awareness among the public. In fact, the name of the NGO, “7e continent” refers to the seventh continent formed by plastic in our oceans. Plastic production has increased 200-fold since 1950 and it is estimated that more than 8 million tonnes of plastic end up in the oceans every year, which will lead to more plastic than fish by 2050.